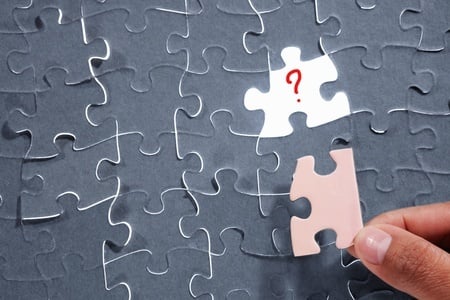 The following is another lesson from my coaching play book about a leader whose team was highly successful in achieving their targets yet he received a low leadership rating in his annual performance review. Keep your team in mind when creating your personal leadership development plan.

Dan was in his second year as a Senior Director of a large, global supply chain team when we first started working together.  He was brought into the department having earned a reputation as a no-nonsense, get things done kind of leader in other operations areas.  His team was the go-to group throughout the organization to support all things purchasing related resulting in a high volume of projects.  Because the team was considered successful for achieving their goals, Dan was blindsided when he was rated by his boss as “below expectations” for leadership on his annual performance review.  We went to work to figure out what happened.

After completing a stakeholder interview 360 feedback process, we learned that Dan’s team was out of gas. Some of the themes included:

The team was aligned with Dan’s commitment to team excellence and getting results, but the lack of support they were feeling was creating challenges for Dan that he wasn’t tuning into. Negativity was rampant among the team causing division and factions to form. Complaints about how grueling it was to work for Dan and requests to be reassigned were secretly shared with HR.  Peers of Dan were getting earfuls of complaints. Dan’s company values results, yet they also hold leaders accountable for valuing people.   Dan fell into a common leadership pitfall of focusing heavily on results with limited focus on relationships.

Excellence and Teams: The Results vs. Relationships Leadership Paradox

Research over decades has examined the distinction of: task vs. relationship focused leadership, and the role each serves in building high performing teams.  Each mode of thinking has advantages and downsides and impacts the way the leader focuses the team – on tasks and/or on relationships.  Dan is actually like 99% of leaders, strong in one area and not the other.  A recent study  shows how less than one percentage of leaders out of 60,000 were seen by others as highly effective at both results focused and relationship focused leadership.

Neuroscience informs us that this is normal as the activity that drives task-oriented behavior has been shown to result from a different part of the brain than relationship-oriented  behaviors and when one area is on, the other shuts off.  The switch between the two is easy, the blend is not, thus making it difficult to strike a balance.   Achieving excellence for his team meant Dan had to work on finding some leadership balance.

Executive coaching guided Dan to work on becoming a more relationship-focused leader and pay attention to how to get things done through people. Leadership practices that worked well for Dan included:

Within 4 months, Dan’s team showed higher creativity and new ideas for solving problems, greater openness and much better morale.  A year later, Dan received a much improved leadership rating and continues to enjoy success with the same team, showing how helping teams under stress is an important part of being a good leader.

What are the signs you look for to see if your team is under stress? Tell us below!