One of the Deadliest Pitfalls of Leadership Transitions Part 1 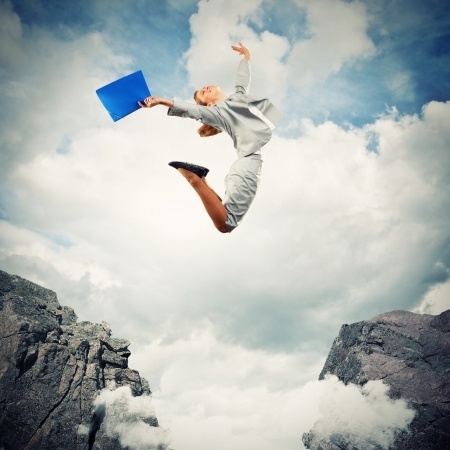 In the last few weeks, I’ve coached 3 clients who are newly promoted and nearly about to fall into one of the biggest traps that could derail them, if not cost them their job.  And the most ironic thing is that this pitfall is one of the few that is entirely in their control, and no one else can do it for them. Let's talk about one of the deadliest pitfalls of leadership transitions.

See if you can guess which common pitfall I am talking about.

This is a little bit of a trick question, because all of these are very self induced patterns that can derail a leader’s success in the early months of a new position and the leader has a lot of responsibility in how they behave.  If you answered #3, Go it alone style; reluctance to seek input, you chose the pitfall I’m focused on.

What does "go it alone" style mean?

Here are some of the common traits that characterize a go it alone style:

Consequences of a "Go it Alone" Style:

In leadership transitions I’ve seen in my 20 years of role transition coaching, here are the biggest consequences.

One of my "Go It Alone" clients who serves in human resource with a large business was drowning in a deluge of last minute and complex requests resulting from a recent reorganization that started the 4th month into being hired into the company.  He was struggling to keep up with the volume of work.

He started working every evening and all weekend.  He stopped working out, cooking for himself, and seeing his friends and family.  He had reached such a state of stress, he could no longer think clearly and felt he was making poor decisions thus causing him to lose confidence in himself and added to his stress.   He became resentful of colleagues for making such unreasonable demands and found his patience short and demeanor curt when trying to negotiate deadlines with them.

He began to question why he took this role in the first place and noticed frequent fantasies about what it would take to start looking for a new job.  He was suffering from most of the consequences described above.

Because of their "Go It Alone" attitude, his quality of work and life were both severely affected.

In Part 2 of this blog I will describe why some people adopt a Go It Alone Style and some steps to overcome this treacherous pitfall, so you don't experience what my HR client had to overcome! Subscribe to our blog to be notified!

Do you see any of these symptoms of a "Go It Alone" style in your transitional leadership experience? Tell us below!