One of the Deadliest Pitfalls of Leadership Transitions Part 2 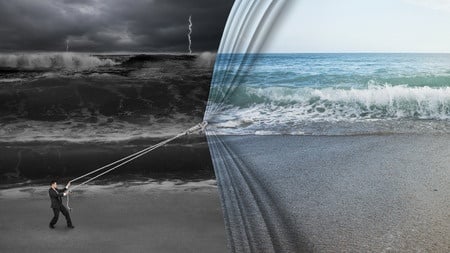 In my last post, we talked about one of the deadliest pitfalls of transitional leadership. In this blog, we’ll take a look at why some people "Go It Alone" and some steps to overcome this treacherous pitfall.

Leaders new to a role opt for going it alone for many reasons but generally, it boils down to fear.  The most common fears I’ve seen are:

Where does this fear come from?

Each of these fears is rooted in a deeply held habitual belief system about oneself and when combined with the inevitable stress of a new position, the perfect storm erupts and causes the most unproductive habits of thoughts, feelings and actions to emerge.  As science proves, “what we resist, persists.”  The stress associated with fear actually creates the behaviors that will result in the very thing we fear.  If you fall into this minefield, you have to spend your limited and precious energy then doing damage control.  Because first impressions are so sticky, this can mean some people may struggle to change their perception of you even if you change.

It is totally normal for even the most experienced and successful leaders to experience fear in the early days of a new role.  The difference between the more mature leaders and newly emerging leaders is how they lean into the fear, explore it, debunk what is irrational and listen carefully to what the fear is telling them about a need they have they are not satisfying.  Then they go about getting support, input, and feedback from those best suited to help them.

Most bosses will tell their direct report that there is more strength in asking than in going it alone.  These are exactly the words the client I described in Part 1 of this blog who was falling deeply into this trap.  Our coaching session focused on:  Identifying that he was Going it Alone and had been for the past two months;  Exploring the fears were underlying this behavior;  Examining the potential and actual consequences he was experiencing; and then we began strategizing actions he could take immediately to get some support and input – especially from his boss.  Within the same day, the client met with his boss and walked away with several actions he and his boss would take to alleviate some of the interference.  His boss “had no idea” things had gotten that bad.  The client is on a new path, but the toll he paid was high and the company potentially lost a good talent.

Don’t let fear drive you, your team and your role transition into the ground.  Be proactive and gauge what fear could potentially be triggered in your new role – especially in the first 6 months.  Put controls in place to ensure that your logical brain, not your fear, is leading the way.

Tools to help you unlock your answers to a smooth leadership transition:

Do you see any of these symptoms of a "Go It Alone" style in your work? Tell us below!