Why Your Team Needs A Team Charter (Part 2) 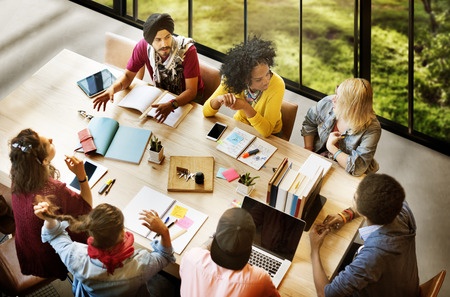 I recently wrote a piece detailing the benefits of using a team charter based on a Neuroscience tool. Here is a case study with a team I worked with (pre-pandemic), that became a high-performing team just by adding a team charter into their practices!

I recently worked with a global senior leadership team whose members spanned 3 different countries, 4 states and 8 different functional roles.  They were given a mandate by their new Executive Sponsor to change the way they operate from business the way they have always done it to coming up with new ways to meet their customer’s needs both internally and externally.  They were also asked to “step up their game” with respect to greater accountability for results through more rigorous systems for monitoring and measuring their work.

The leader of the team was first asked to address his development gaps around these behaviors of Innovation, Production and Control and through a series of executive coaching sessions, it didn’t take long to see that the issues were largely a reflection of the senior team members.  They were not fully aligned or mutually clear about these new mandates and what that meant they would need to do differently on a day to day basis. Therefore, they didn’t speak with one voice to the rest of organization in driving innovative ways to change things nor in how they operated on following up and empowering others. The only way he could change, and the team culture could change, would be to get his team on board with these same behaviors.  We agreed that a team offsite would be key and the focus would be to complete a team charter.

We planned a full day to get the team together.  We worked throughout the day interactively to fill in all of the segments that would eventually become their team charter.

The team off-site was rated as one the team’s most productive “team building” sessions in their history of working together.  So much so, they planned their next one to follow in 6 months at the end of the session.

After only a few months using the team charter the team leader is already experiencing less stress about how to get the team more engaged and accountable in their new goals.  The leader travels extensively and reported that while he has missed several meetings, the team kept up with their operating agreements, met without him and took initiative on to manage some of the challenges they encountered in ways he had not experience from them before.

Several of the team members have shared with the leader in one on one discussions how much better they feel about working with the new framework and find their meetings something to look forward to vs. dreading.

When the leader updated his Executive Sponsor on the impact the team charter was having on his team, she asked him to share this concept with the rest of the senior leadership team resulting in several of his colleagues exploring how to use a team charter with their teams.

Their first big milestone review of their goals is happening in June.  This is when the concrete measures of their business performance will be evaluated.  I will be sure to update you on how they are progressing!

Stay tuned for more best practices for your team and subscribe to the Inner Ring Blog!

Have you used a team charter? Does your team sound like this one? Have you found a good team charter template? Let us know!